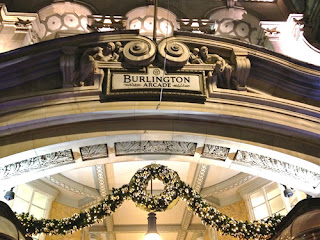 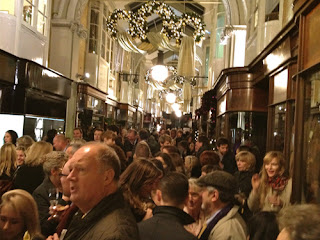 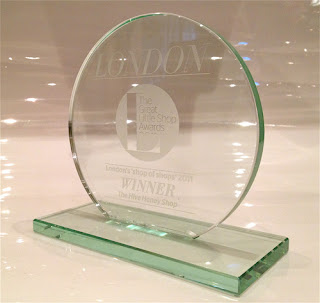 The Hive Honey Shop were shortlisted to receive an award by the prestigious London Magazine. The awards venue was held on November 29th at the beautiful and atmospheric London Burlington Arcade London W1 with canapes & Champagne flowing. The Hive Honey Shop were shortlisted for a possible award- ‘best food shop’. Well we did not win that and we felt a bit disappointed and deflated. There was still the top award, over all award for the best London ‘shop of shops’ and that we won!
James went up on stage and accepted the award, “It was a big surprise! After hearing the we had not won the award we were there for, I felt the evening had come to an end. Then they announced that the main overall award was still to be revealed. I dismissed our chances because there were so many amazing shops there and some very well established businesses within the six categories. I was speechless when they announced The Hive Honey Shop was the overall winner”.
We would just like to thank London Magazine for their commitment in supporting small London businesses through their amazing magazine and wonderful awards campaign. We are grateful to them for acknowledging our small family run business. The evening was a night we will remember for many years to come.
Visit London Magazine at : www.thelondonmagazine.co.uk
In support of The Great Little Shop Awards. The Mayor of London, Boris Johnson, says:
“London is an Aladdin’s cave of hidden boutiques, vintage clothes dens and quirky retailers offering visitors everything under the sun. These unique shops are essential in helping to put the village into the city and are a vital thread in the fabric of the capital. In these tough economic times on the high street, small independent businesses need all the support they can get. So it is fantastic to see them being recognised through these awards.”
London Magazine says:
“London has some of the best, most inventive, inspirational – and sometimes eccentric – shops in the world. To celebrate and support them, The London Magazine asks readers to nominate their favourite shops. It could be just one that you feel very strongly about or it could be one in each of the six categories”.
photo copyright 2011 ©-The Hive Honey Shop